Posted on November 9, 2012 by Bonnie Cehovet

Thank you to Bill Curtis (Fatback Band) for allowing me to share his latest newsletter! Wishing Bill and his band an awesome UK tour! I hope that all of my UK peeps try to make it to see the Fatback Band – here is somebody who KNOWS music! 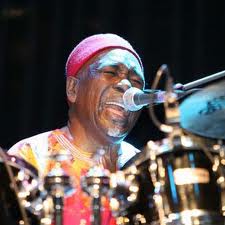 Hi Guys, it’s been three years since we been in the Uk. I‘ve been out with a foot operation that took longer than expected. In the mean time we were playing a lot of local gigs in the Carolinas and doing some experimental recording with Bill Curtis and Friends. Also, we’ve been working a couple new members into the Fatback Band mode and freshening up our sound; as you & I believe a band should stay fresh but stay true to your fans core, that’s very hard to do.

Some fans you lose along the way they because they just want to keep it like it used to be. I can understand that too, but I also know you have to attract new fans to your basic fan core. The churches had to do something to keep their membership up as you’ve noticed…the church is not like it was when I was growing up but the message is the same. They’ve spiced up the old hymns and brought a contemporary feel in the house. If they had not they would have been like the buffalo extinct. Don’t let your fan base die on you; keep pumping new life and energy. When I say new life, I mean up date your arrangement, energy & add some younger people to the group. If you‘re a young or old group with a few hits under your belt…you got to keep people coming to your live shows. So how do you keep them coming? Keep improving, give them lots of music and let them see how you’re maturing.

Your goal is to get people talking about how good you are and what others are missing, since you can’t count on records sales. A live show is where the money is as long as you don’t over price yourself. As an old act, how long do you think you live on your hits from 20 or 30 years ago? Those old hits are classics just like the old hymns in the church. One more thing you wanta think about when pumping up your new life is recording them again. Recording is as cheap as it ever was now. You can do it yourself, but I don’t advise it unless you have the skills and equipment. But you would own your Masters, then you will be able to licenses them out. Why not? Nobody said you can’t…get in the game…you can’t score unless you’re in the game.

We will be in London November 17th doing show at The Coronet 28 New Kent Road 9:00 pm London time. I would like see all the old fans out and extend a special invitation to new one’s as well. See Ya in a week!!!

BTW if any you guys want stop by the Hotel and have few drinks with the guys, we’re staying at Radisson Blu Edwardian Vanderbilt Hotel 68 Cromwell Road so we can hangout. I am also looking for help in building new fans base in the UK. if anyone’s interesting in helping…please contact me. After the show in Newcastle Nov 18th at the Hoochie Coochie Lounge… there will be a meet and greet table set up and you can take a few pictures with the Band.

Below are songs for show: Newcastle we’re doing a 90 min show. In London we’re only doing a 60 min show.